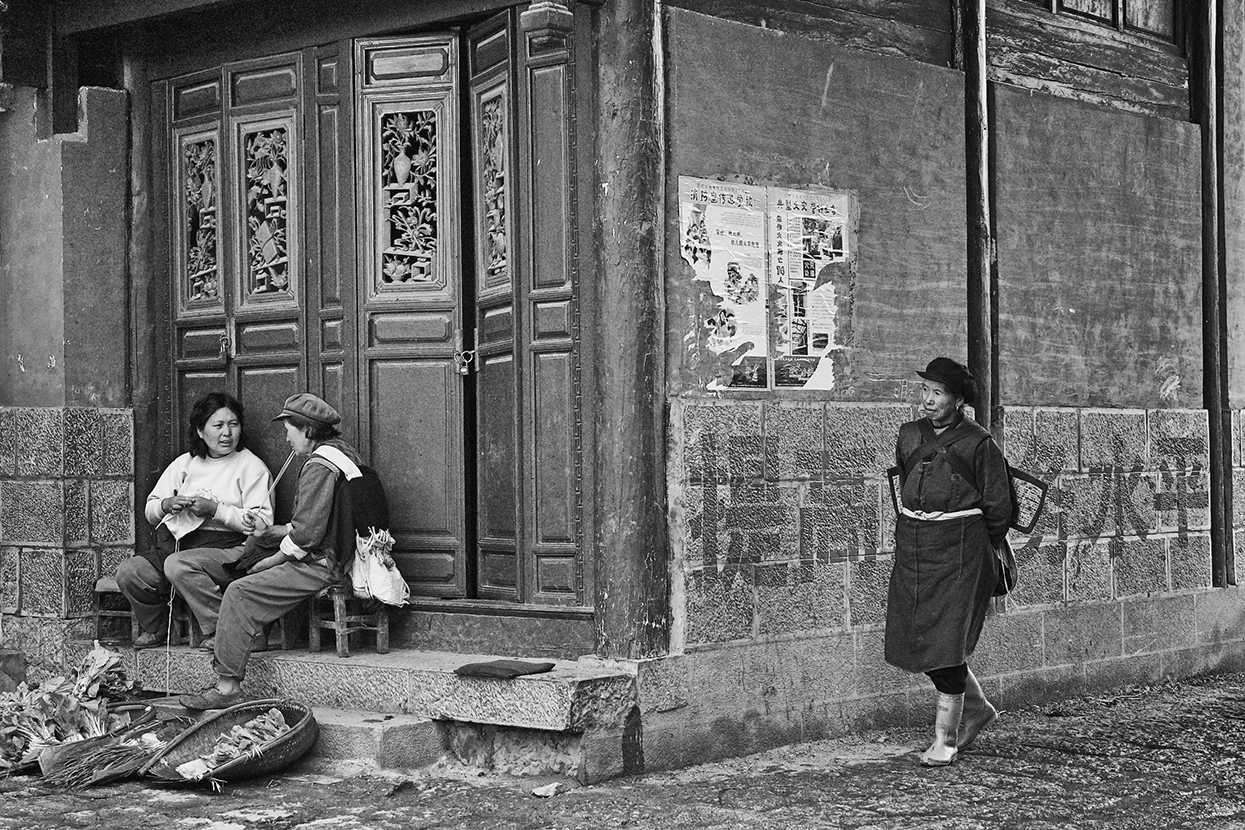 I just like this scene on the street corner, the women gossiping and knitting their friend just arriving almost peering around the corner, this was the main square actually in Baisha,a small village 10km north of Lijiang, Yunnan province. Baisha was the historical capital of the Naxi kingdom and is still offers an opportunity to take glimpse of the Naxi culture. There are two old temples with interesting frescoes (photography is forbidden inside).
The Naxi, matriarcal culture, are thought to have come originally from Tibet, and until recently maintained overland trading links with Lhasa and India. They were brought to the attention of the world by two men: the American botanist Joseph Rock, and the Russian Taoist doctor Peter Goullart, both of whom lived in Lijiang and travelled throughout the area during the early 20th century. Peter Goullart's book Forgotten Kingdom describes the life and beliefs of the Naxi and neighbouring peoples, while Joseph Rock's legacy includes diaries, maps, and photographs of the region.

The Naxi form one of the fifty-six ethnic groups officially recognized by the People's Republic of China. 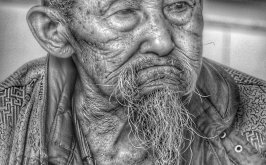 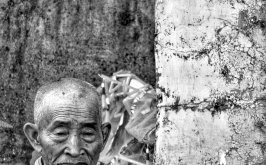 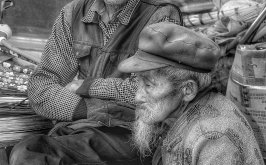